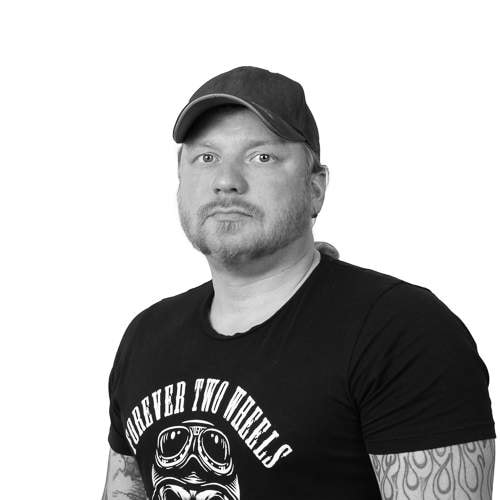 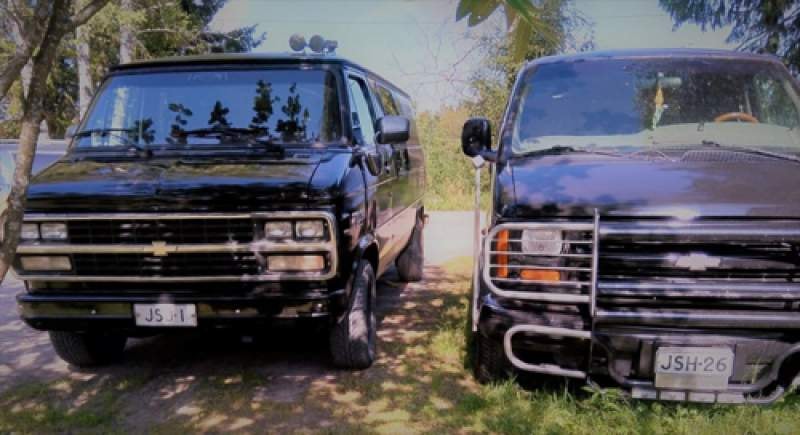 American cars on the streets of Kokkola

When one walks down the streets of Kokkola in the summer, one cannot avoid seeing and hearing the old American cars. Nor can one avoid noticing the good old smell of fume from the times before catalytic converters existed (and the slight scent of burning grease on the side too). Some of these cars have been skillfully restored; others have been pimped (as it is said) and others have simply aged with grace.

Indeed, there must be an exceptionally large number of old car enthusiasts living in Kokkola. One of them is Riku Korkeaniemi, who was born in the town of Perho, but has lived in Kokkola for a long time already and works for Kewatec.

It is hard to imagine Kewatec without Riku. He has been a member of the staff since 2002. On the asphalted yard of Kewatec, however, Riku is seen more often driving a forklift truck - as opposed to a big American car.

The dockyard of Kewatec poses a logistic challenge. In the dockyard of Lahdenperä, there are two halls in which boats are built and one of these halls is used only for storing materials. On the other hand, materials must be transported to other halls as well whenever needed.

In addition, materials get transported from elsewhere to Kewatec’s yard continuously, sometimes by a small van, sometimes by a heavy truck. And the transport equipment, which is used for transporting the boats into the neighboring company to be painted, is also heavy.

However, Riku mostly drives a vehicle that is a bit more lightweight. The forklift truck, though, is often needed in transporting boats within the range of the dockyard, for example, when a finished boat is moved from the equipment hall (after it has been weighed) to the shore for launching. Most of the traffic at Kewatec is clustered around the yard area, where different components and equipment are moved around from one hall to another.

Recruited at a young age

Riku has a lot of work experience from his field of expertise. He was only a student of sheet metal work when the founder of Kewatec, Karl-Erik Wargh (friendly known as “Kalle”) persuaded him to come work for the company which Kalle was leading. And even though Riku still does welding whenever needed, his area of expertise at Kewatec is mostly logistics and all of the equipment has to do with that, as one would imagine that a car-enthusiast with schooling on mechanics would work with those kinds of matters.

Boats became a profession for the inland boy

“My connection to boats is merely profession-based. Because of my background of growing up inland, I do not have any hobbies related to boats, nor any other personal ties to the sea”, Riku states.

Before joining the Kewatec crew, Riku had a chance to work as a concreter in a firm called Betset Oy. After that, he has worked with more lightweight material, namely aluminum. Although aluminum does weigh too if one is dealing with a big portion of it.

A job that is nice to do with good company

The work itself does not weigh down Riku.

“I enjoy being a part of the community of Kewatec and I enjoy my work, the best part of which is versatility.”, he says. “Nothing is exceedingly difficult.” And when Riku gets asked about what he would want to change in his job, he answers, with tongue-in-cheek that “the pay could always be better.”

But even if Riku does get stressed out about work, his hobbies involving American cars do help in releasing the pressure.

And swimming too, a hobby by which Riku keeps fit.

And hence one would expect that once again, everything goes smoothly as planned at Kewatec like it always does.