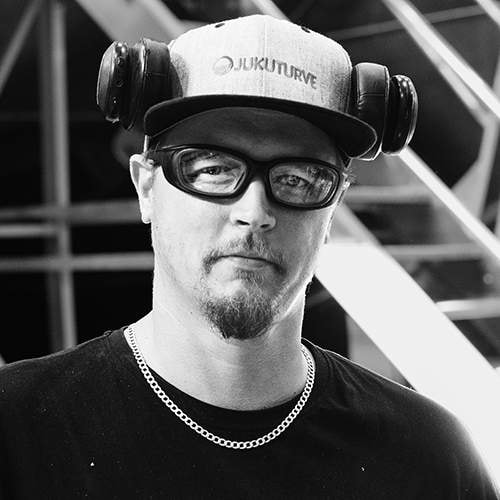 A good man can be many things

Some people just have the know-how

There are all kinds of people in the world. Some cannot even do the work that they were trained to do. And then some can do anything and especially things that they were not trained for.

Markus Klemola belongs to the latter group. At Kewatec he does almost anything, excluding electric work and painting. And he would probably know how to do these things as well.

Markus has gone to school as well. He is a certified carpenter. That has certainly influenced him to end up at Kewatec. However, his journey to Lahdenperä has not been without its twists and turns. And it has been exceedingly interesting too.

A child of Kokkola who likes to do everything

Markus was born in Kokkola and currently also lives there. At home, he has a wife and three children, a girl and two boys. During his free time, Markus occasionally plays floorball. However, he has given up his youthhood hobby of skydiving.

Other than that Markus’ life sounds very ordinary. But this title is misleading. Markus has certainly more than a dozen of stories to tell.

Markus went to school and became a carpenter. Before going to the army, he worked as a car salesman and mechanic at a local car shop. After coming back home from the army, he found himself driving an earth mover. Jobs relating to vehicle paint, house building, and tin roof building also stand out from Markus’ portfolio.

Although Markus did not have a special connection to boats other than fishing, his journey took a spin towards the boat -industry. And his training in carpeting played a role in finding this new direction for his career. During his studies at vocational school, Markus had an internship and a summer job at a dockyard for luxury boats at Nautori.

For a long time, Markus ended up working for another local dockyard, Baltic Yacht, which also manufactures high-class sailboats. The current production manager of Kewatec, Jouko Pesola, was Markus’ employer there. Markus spent a total of seven years serving at Pesola’s subcontracting firm at Baltic, where he built luxurious boats using carbon fiber.

Being a carpenter, Markus thinks that he was originally recruited for interior design. Instead of that, he became an equipment specialist working at the docks. It is almost as if bits of carbon fiber seem to still itch his skin. The only requisite was drilling a single hole on a boat deck.

Markus’ memories from working at Baltic include a couple of interesting memories from business trips. Perhaps the wildest one of these memories is the time when Markus fixed a big, fractured sheet while sailing on the open sea from Gotland to Germany. In fixing the sheet, Markus had to, among other things, open up the seams of a teak deck using a mora knife. The problem was fixed by the next morning, however. Business trips to France and Spain were also a part of Markus’ job.

His job, however, involved a lot of traveling. It was not, for the long run, convenient for Markus as he was at the time father to small children. Because of that, he had to yet again find something else.

Markus found a new job, but from a rather unexpected field: he became a counselor at a child welfare office. He was apprenticed to two foster homes for two years and at the same time, he worked as a janitor at the welfare office.

The job was interesting. Sometimes it was a lot to take, sometimes it felt good. Boundaries needed to be set but within a spirit of freedom. Markus still stays in touch with some of the kids.

Back to building boats, but now in Kokkola

Although Markus’ career with boats was not necessarily a “first love-last love” -a type of situation, his next permanent work was yet again within the boating industry. Could it also be his last? In the fall of 2017, Markus started working at Kewatec.

However, he could have also possibly ended up back at Baltic Yacht. They would have taken him back.

A vantage point into the world of luxury and workboats

Similar to many of his colleagues, Markus has a vantage point as he has experience in working in three different high-level dockyards. Two of them manufacture luxurious boats for the rich and the richest, using fiberglass-coated plastic and carbon fibers.  One of them, on the other hand, manufactures workboats from aluminum for private business owners and authorities in Finland and elsewhere in Europe and even outside of Europe. Once in a while, though rarely, luxurious yachts are manufactured, even they are built according to the same criteria as professional boats.

All of these three companies, situated within Kokkola and Pietarsaari are premium-level in their industry. However, due to differences in their clientele, their quality standards differ from one another.

All of the surfaces in yachts must be shiny or completely matte. From inside the boats have to be chic to a T. And of course, their performance must be top-notch.

High-performance boats are also manufactured at Kewatec. Not as much attention is paid to the finishing touches on surfaces or luxurious decor as in yacht manufacturing, however. Aesthetic value is not dismissed, but it is secondary to durability and functionality. The goal is ultimately to build boats that are enduring and easy to service and maintain.

It is nice to work at a rather small-scale company

Of course, everything is smaller at Kewatec, at least at the moment, compared to neighboring companies that manufacture yachts. Perhaps that affects the work atmosphere at Kewatec, which Markus praises.

It surely starts with the creative freedom that he has in his job. “I get to design things, relatively a lot, even though I am an equipment specialist.”, he says. “And at those times, when I am given complete freedom in designing, I sometimes get so excited about it that the excitement is carried with me from work to home. But if these design assignments come continuously and at a quick pace, they begin to numb me and I get fed up with them.”

The work atmosphere at Kewatec is however very pleasant, according to Markus. He is pleased with the straightforwardness of communication, which involves a great degree of humor.  Because of that being at work is downright fun.

Of course colleagues, all differ from one another just as workdays do. But if someone is having a bad day, they are given the space they need. And humor is not used to hurt others, instead of to maintain a good atmosphere or lift the spirits in some cases.

The work itself is not always fun. As lousy as it is, somebody still has to do the work related to mineral wool insulation, for example. But then again there are enjoyable tasks as well. It is a zero-sum game, therefore. But luckily the colleagues are only a plus.

Markus appreciates Kewatec also as an employer: “We navigate forward, in the interests of the employees, even if it is something little, mutual get-togethers, barbecue parties or anything like that. One can, up to some extent, choose their work clothes, and employees are given sports benefits. I just hope that the new clock card -the system will not be too difficult to execute.”, Markus thinks.

But without a doubt, Markus encourages one to apply to Kewatec for a job. As a plus one gets an excellent work atmosphere and a versatile and interesting job. 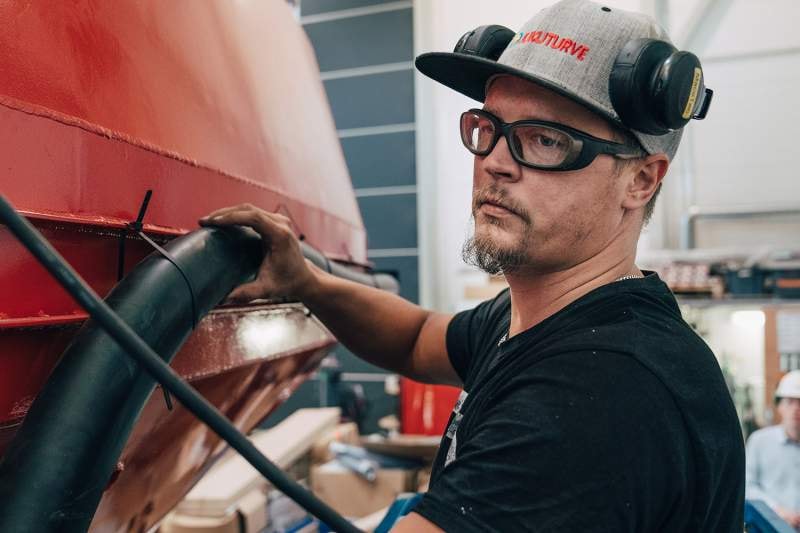