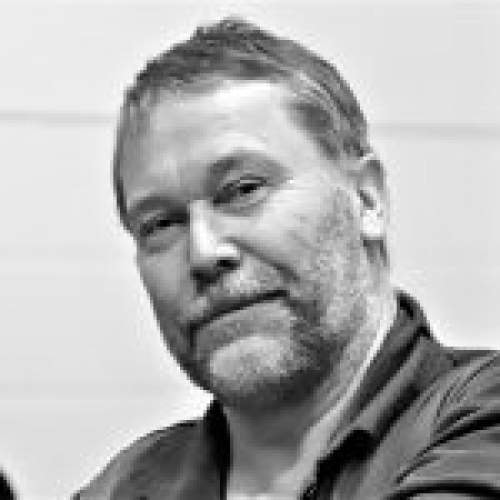 The reaching hand of Kewatec

At some point in the year 2018, a brand-new van appeared at Kewatec's yard. The side of the van had a taped image of a boat made in Kokkola and sold to the world. "Kewatec" was on the side of the car, but "Kai Autio" was on the driver's door. It is a door where the skillful and helpful hand of Kewatec is reached where it is needed.

Kai Autio (b. 1957) is not born yesterday. Otherwise, he would not be in his job. It includes weeks in Kokkola working on boats and trips to wherever Kewatec boats have been sold. Spare parts and tools following in the car.

In Kokkola, Kai has an apartment next to the workplace. At home in Kotka, she is awaited by a wife who from time to time gets the wandering worker back home.

Kai was raised to his tasks by the archipelago blacksmith family in Kotka. The sea and boats have always been in his life. Father fished salmon and hunted seals. It was allowed back in the days.

After school Kai became a sheet metal worker. Even then he learned to weld aluminum. At the age of 17, he made his first boat – from aluminum. It is still in use.

During the military service, Kai served in the navy. Eventually, he took care of army boats in Suomenlinna. What are the odds?

The acquired skills were used when Kai became a self-employed entrepreneur after working some time in the dry land. Founded in 1984, the name of the company says it all: “Alumeri Ky”. Sea and aluminum.

The new company focused especially on jetboats. It was Kai's "entrance angle" to the industry. It also had a hint from the future.

Back then the jets were Hamilton’s. If Kai is now working on jets, they are usually made by Rolls Royce. They are done in Kokkola after all.

Boat hulls were drawn by an external engineering office. Otherwise, Kai had to design them himself. And there were no two of them. That is something very familiar to Kewatec's crew.

Cabins were built elsewhere. Kai also now had to learn glass fiber works. Boats were created for their use from the beginning, making new or repairing old ones. Precise readers of the ”Kippari” magazine remember!

Then a new page turned in the life of Kai: the recession of the 90s that lead to the bankruptcy of the company.

But there is always work to be done for those willing. Kai became an employee of the same company that had previously made glass fiber cabins for his own company. Now he became a professional boat repairer.

The operation of the new employer expanded. Later, Kai also took part in the ownership of the company with a small share. All kinds of repair work were done from fiberizing wooden boats to dealing with various insurance cases.

In this work, Kai also met Kewatec for the first time. "Korela Boats", as the name of the company was serviced pilot boats. And those were also made of aluminum at Kewatec in Kokkola.

However, it started to seem like it was time for a new step again. This company also went bankrupt. And now Kewatec started asking what Kai would do afterward.

The latest step in Kai's career brought him to work in Kokkola. And he doesn't hurry away from here. Maybe there's no need to change the workplace anymore.

Because Kai says that he is now working on the dream job. You couldn’t like your job more.

And it works the other way around also: Kewatec needs a man to whom problems are only a challenge and not an obstacle, not always even a slowdown. And who sings in the corridors as he passes.