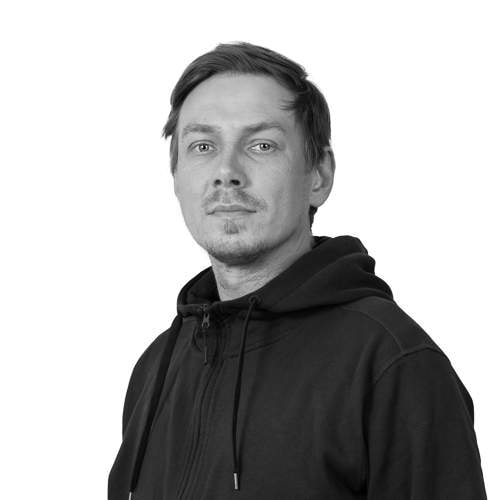 The low sound of a marine engine and its tuner

Kewatec is an unusual firm. Or perhaps not so unusual in the Ostrobothnian area. Perhaps it is more common for one to practice music as a hobby in the Central Ostrobothnia region than elsewhere in Finland.

Regardless, many of Kewatec’s employees practice music as a hobby when taking a closer look. Some listen, those who play, and those who sing.

However, the categories of music vary. Some are into organ music, and even those, who can produce sounds with those pipes. Some enjoy local pop music and those who sing classical music in a choir.

Some people are into heavy metal at Kewatec. It would be quite strange if one would not find any lovers of heavy rock music from an aluminum dockyard.

One of these people is a fitter called Jukka Kultalahti. Jukka does not only listen to heavy metal, but he sings it in a band called Take Me Down. He sings well and also does his job well at Kewatec. Luckily, the work is not as heavy compared to the lyrics he writes for his band. Hopefully at least not always.

From a welder to a fitter

Jukka is from Kokkola and is a certified sheet metal welder. He started as a boat hull welder in Kewatec in 2013. However, a couple of years after, many people were laid off from Kewatec’s service, and Jukka found himself working for his old employer Mesmec again, a company that produces machinery for foodstuff and processing -industries. Before coming to Kewatec, Jukka had been employed by Mesmec for about five years. His job there included welding and fitting work.

The lay-off did not last for long, however. Jukka returned to Kewatec again, but this time to do fitting. He is now specialized in fitting engines.

The reason why Jukka ended up at Kewatec in the first place did not involve any special boat hobby. As it is common in the coast -area, Jukka also had a  bond with the sea, a bond that is localized in his family’s beach house and the boats that are stored there. But the boats manufactured at Kewatec were not exactly the motivator for Jukka’s arrival to the company: rather, Jukka heard about Kewatec through a grapevine. Or to be more specific, two of his friends who worked there told him about it.

But Jukka had been doing his practical training at Kewatec’s service in 2004, back then in industrial area Indola which was located in Kokkola. So Kewatec was not unfamiliar to him.

Welding as a team

When Jukka was laid off as a welder, his boss led him to believe that he could very well come back to Kewatec, but as a fitter.

And that is what happened. Jukka had worked as a fitter in the equipment halls of Lahdenperä for long, and in dormant boats that floated on the waves near the coast.

Jukka enjoys his job. “I’ve got great colleagues and an excellent work community around me. We work as a team. And it is not a bad thing that things are not always planned to a T. That allows room for one’s creativity.”, Jukka says.

And he would not mind being the grapevine that informs those who are interested that “Kewatec has got work for you”.

Well, the sounds of Kewatec include, if nothing else, a newly installed marine diesel engine, started up for the first time. It is quite a heavy sound with a low tune, but it sounds great. 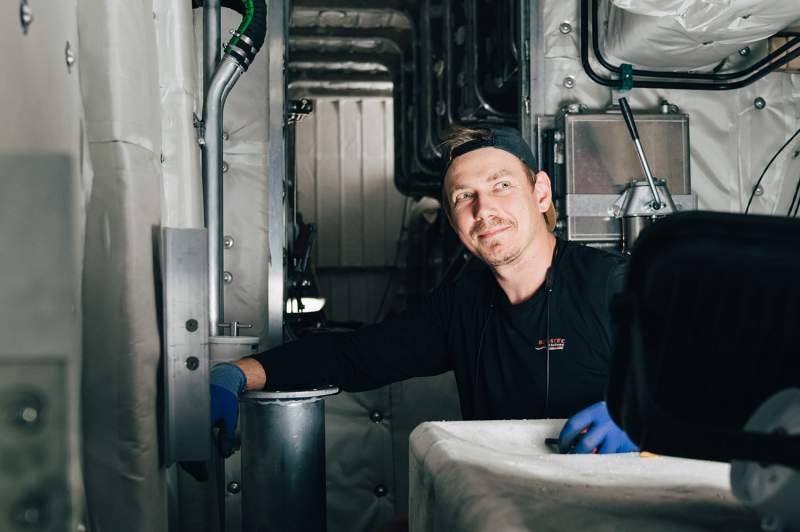