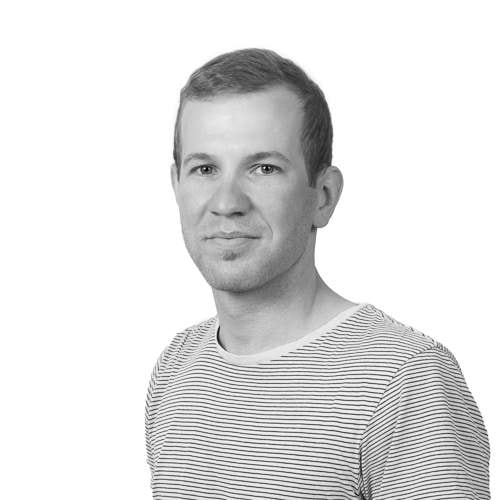 A man who can wire up and fix airplane - electronics

Under the service of an export company, one has to occasionally fly. Finland is far away from everything, even a rapid telecommunications link is not sufficient enough to maintain communication, which is needed for example if a client lives in Germany. Sometimes future clients and clients with whom one is already familiar need to be met in person. And one cannot travel straight from Kokkola to the other side of the Baltic Sea by boat.

Undoubtedly, unnecessary air travel is something that should be gotten rid of, and air travel in all should be developed in a more sustainable direction. But when one is sitting on a plane seat and waiting for takeoff, the first thing in one’s mind is a wish that the complex electro technics would be all right, the automation would work all right and the electricity would run exactly to where it is supposed to.

The same is expected of boats that leave Kewatec’s dockyard. Plenty of complex electro technics is also hidden in them, behind panels and underneath decks. And although problems with electricity when traveling by boat are usually not as severe as with a plane (which cannot be anchored into a shipping lane while waiting for help to arrive), it is no joke if important electronics malfunction for example in autumn, in the middle of stormy weather and at night time. Kewatec’s boats are also maneuvered in these kinds of conditions.

Aircraft technology know-how in a team

The electric installations and -systems must work. That is why it is more than perfect that Henri Tiikkanen, an aircraft mechanic has been a part of the Kewatec’s expert crew since spring 2018.

All the electricians at Kewatec are experts in their field. Henri, however, could install and fix the electric systems of planes, too.

Henri was born into a family of machinery -entrepreneurs living in Kärsämäki. The transportation of machines and fixing them became familiar to him already at home.

This background alone did not prepare Henri for his current duties. It is, however, very beneficial in boat building, in which mechanics and the electric steering are inseparably connected to one another.

Henri’s education on the other hand prepared him directly for his current job being a part of Kewatec’s electrical installation -team. Or perhaps even for things beyond that.

Or what can be said about the fact that Henri has worked as an aircraft mechanic on Hornet -fighter planes, and during his army service he worked as a helicopter mechanic? Henri is obviously among those expert aircraft mechanics, whose expertise passengers can trust when a flight attendant finally takes a seat and everyone’s backs are tightly pressed against the plane seats during takeoff.

Besides aircraft mechanics, Henri has professional experience from working in industrial automation and robotics. Versatile technology has always interested him, and that naturally is a part of the boats built at Kewatec.

The trickiest challenges are the most fun

Henri’s special duty is the scheduling and resource allocation for boat electrical installation. He also partakes in practical installation work. The implementation and testing of the installed systems consume most of his working hours.

The challenges that Henri finds the most pleasant are in layman’s eyes the most challenging ones, installation - and programming tasks within the frameworks of the comprehensive navigation system and modern digital coupling. “I like my versatile job and the need to keep up with new technology included in it,” says Henri.

Indeed it might be so that the questions proposed to Henri by laymen are in his eyes sometimes funny and frustrating. Still, he has to hear them out, for example when a client asks something from a project manager who cannot provide a sufficient answer and thus grabs a phone and calls Henri. After thinking about it for a moment, Henri always answers patiently and kindly to the questions and explains to them until the answer becomes clear to his colleague. Not even a tight schedule or last-minute problems with the machinery, both of which Henri has to deal with, weaken his patience and friendliness.

A good atmosphere in the work community

Maybe in regards to this, the work community helps Henri, which he enjoys being a part of. “We have a relaxed atmosphere here, and colleagues offer help to each other.”

Many others at Kewatec share this experience. It is always nice to pay a visit to a boat that is under construction, not the least when the electrical installation team is working on it. There is often haste, but the atmosphere is rarely, if never, uptight.

What brought a man of air ashore?

But how did the aircraft mechanic end up at a dockyard, where aluminum is used as a material, but not to build vehicles that operate aloft, but instead offshore?

“I have experience from boating from childhood, however, on lakes. There was a center console boat that we used for fishing. Canoeing was perhaps most pleasant for me. Then I get to be the closest to nature,” Henri says.

He continues: “Ocean is a fascinating element. Boating includes the same freedom that there is in flying. Because boats have always interested me, I decided to try if a hobby of mine could be turned into a job.”

It is possible. It has been proven now. Maybe it shows in Henri’s way of doing his job. Perhaps it is not just something to make a living for himself.

Free time alone and together

Henri does have other hobbies besides his job. He does hunting and fishing and crosses country biking. In addition, he spends time on activities with the whole family.

Henri’s family includes a wife and four children. The family’s camper van is their mutual hobby. The van is located in Kannus, where Henri lives with his family. From there the family can easily travel far with their recreational vehicle.

Isn’t there something similar between traveling by a camper van and a boat? “Yes indeed, it has the same idea and same systems,” says Henri.

Who knows if the Tiikkanen family’s journey sometimes leads them to a marina, where a familiar boat rests - the kind of boat, which Henri has done electrical installation work on. There are plenty of those for sure.

And wouldn’t that be the kind of life joy that Henri wishes the future holds for him?